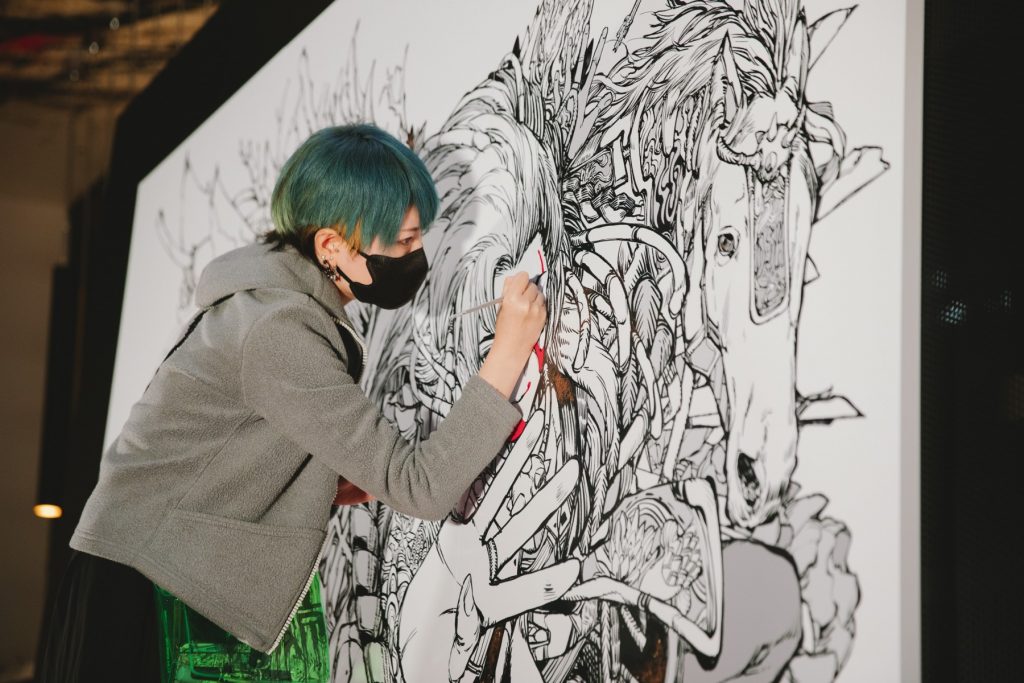 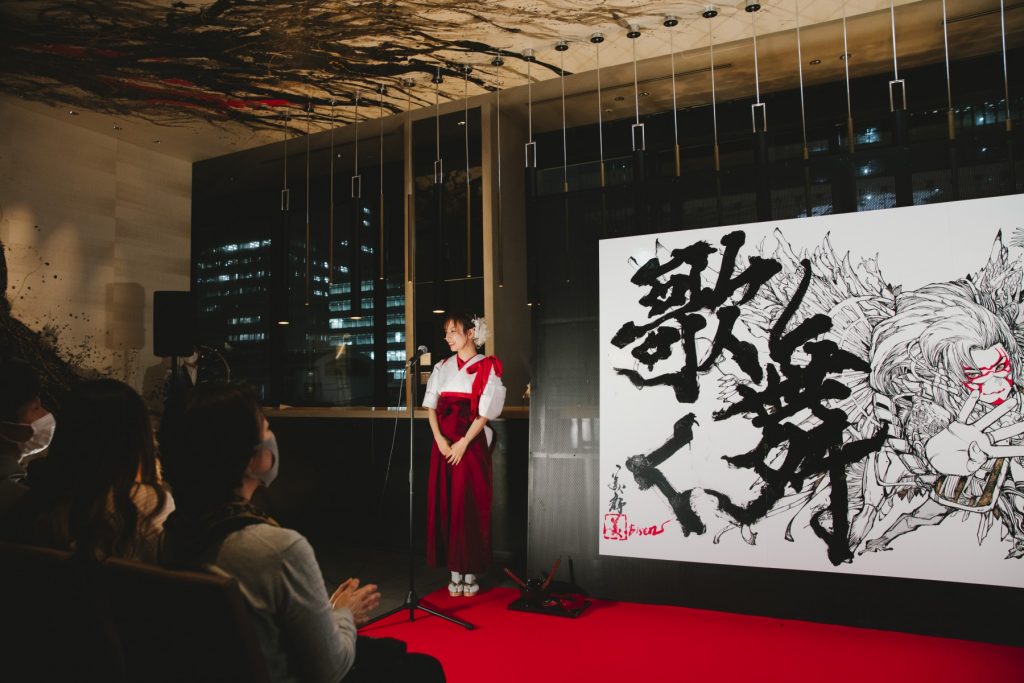 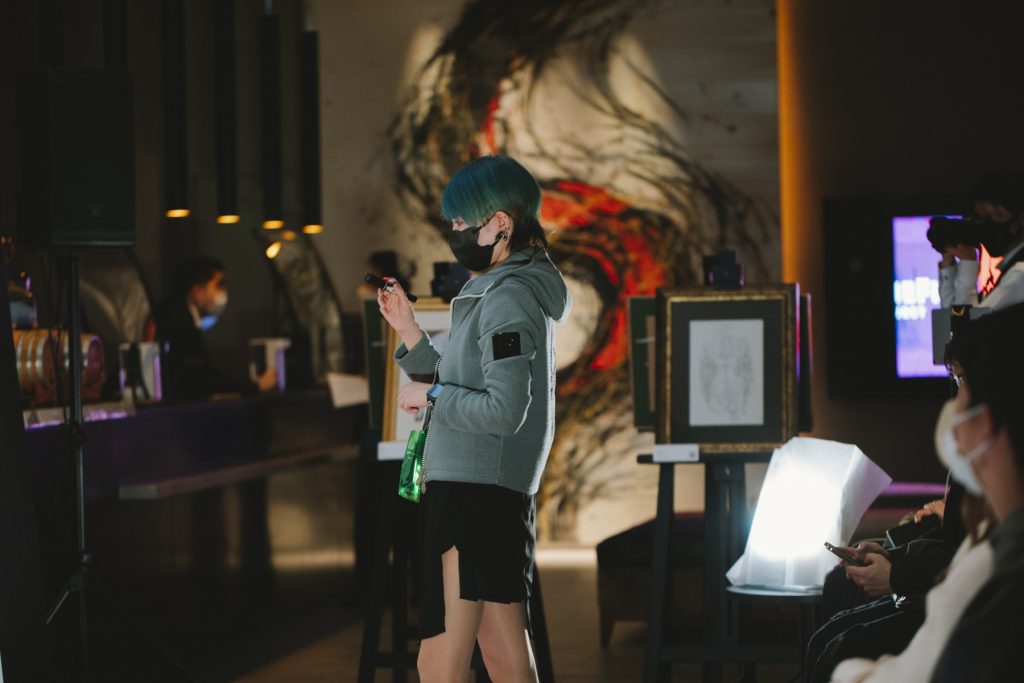 Performed calligraphy in more than 10 countries around the world, including France, the United States, and China. In Japan, she has appeared in many events, ceremonies, product launches, etc. In the soccer Emperor’s Cup final, she performed the opening act in front of about 60,000 audiences. She wrote the calligraphy logo for the famous hunting game “Monster Hunter Rise” and the title of “Dororo” by Osamu Tezuka. She worked on a huge Byobu (folding screen) artwork for the VIP room of the National Stadium. She challenged three-dimensional art of calligraphy and held a solo exhibition. With the theme of “tradition x innovation”, she conveys the appeal of new calligraphy. featured in MBS  TV program “Jonetsu Tairiku (Passion Continent)”. 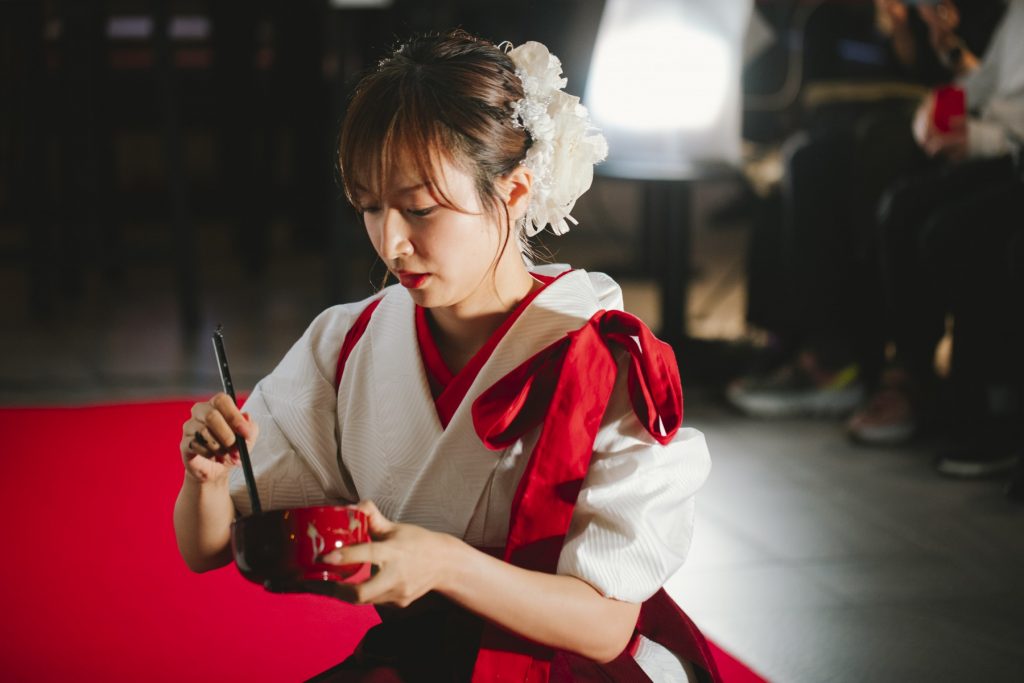 In the Ultra Jump magazine competition, Shinnosuke Uchida’s work received an honourable mention and she made her debut as a mangaka. But after that she changed her career path in the artist world and has been working as a unique manga live painter since 2015.

Meanwhile, she is known for her detailed manga artwork, inspired by filigree detailed artist Katsuhiro Otomo. She has performed in countries such as Japan, USA, Germany, Italy, Spain, Russia and others. Her unique style and character design set new standards for numerous media like events, wall art, PV and more. She is also a passionate cosplayer. 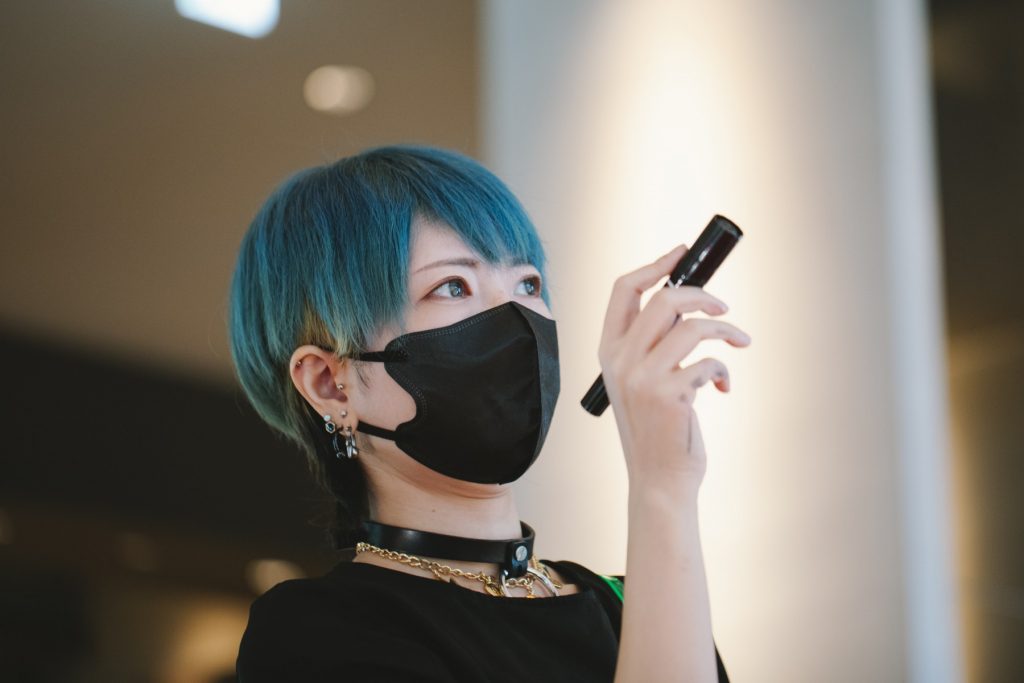 This collaboration art work will be displayed on lobby floor until December.

Please visit to see this fabulous collaborative display and enjoy the wonders of modern Japanese artistry.